Arch in the Chronicle

Bluebird wrote:McCootie will be the next to take more £££ at Frome I reckon.  Watch this space. 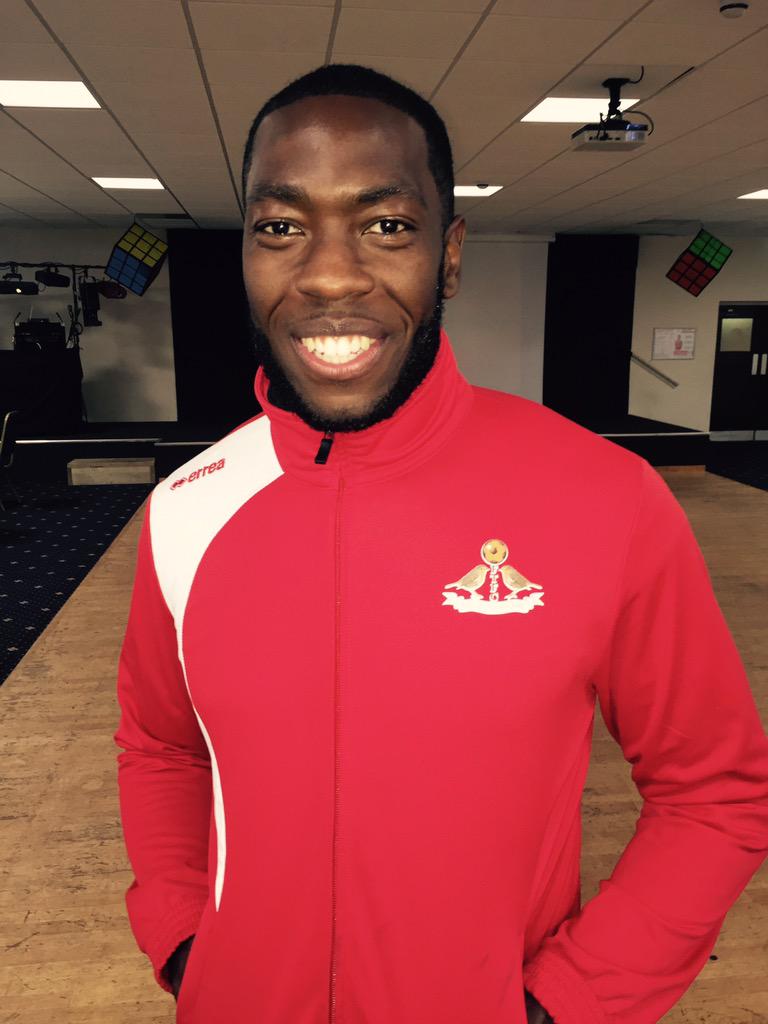 When I saw the headline that said Lee Howells was reviewing his options I was briefly hopeful...

Seriously, I agree with the sentiments expressed by others. Surely what we need after the recent run is a 'rallying call', not a winge about all of the things that are wrong - I really feel for those trying to promote the club at the moment when this is the sort of message coming from management. I particularly agree about the young players - if we aren't going to use them, and they aren't even considered worthy of a place on the bench, it makes you wonder about the value of the academy and under 21 teams (there is probably a whole separate thread there). I also couldn't believe the comment about Frankie Artus - if the manager doesn't know what is happening with one of his key players, then he should find out.

Usually I would be disappointed to have a Saturday without a game at this stage of the season, but as things are I don't think I will miss it at all.

So Bluebird was right and McCootie has joined big-spending Frome. Is it too early to start talk of a crisis at Twerton Park?

Thank goodness we have no game today. I fear that most of you will just stand by and let the decline of the football tumble even further without saying a word. The management will be happy as no one will be on their backs. Our recent results are of a team struggling. 4pts from 21 on offer! Where is the team from August/September?? (Frome?)
As for the comments in the Chronicle, it beggars belief that he is allowed near a reporter.

Sadly we now seem to be going backwards, the likes of chip & frome are growing and are looking to overtake us. Think the players see this and are jumping ship, more money available elsewhere with a realistic chance of playing at the same level next season.

Hold on hold on.... isn't this just all hearsay and panic?

Of the three players who have gone, one was for a managers job, one was due to work commitments and one was a fringe player. Nothing else official seems to have appeared.

I agree the club appears in deep doo doo, but scaremongering isn't gonna help. There must be plans afoot to replace some of the players... if not then we should start complaining.

If that photo is a fake (or even if he has just been photographed wearing a Frome top), Bunyard should be fined for posting that on Twitter. That is a shitty cheap move.

Steve Whites Missus wrote:Hold on hold on.... isn't this just all hearsay and panic?

Of the three players who have gone, one was for a managers job, one was due to work commitments and one was a fringe player.  Nothing else official seems to have appeared.

I agree the club appears in deep doo doo, but scaremongering isn't gonna help.  There must be plans afoot to replace some of the players... if not then we should start complaining.

I assume you haven't include big Nick in those 3. I haven't seen confirmation anywhere but Manchester Roman is seldom wrong. Despite his ongoing hamstring problem, he was a great asset to the side IMO.

WHAT THE HELL IS GOING ON?!

Palms wrote:WHAT THE HELL IS GOING ON?!

That can't be right.....they are both on holiday in Australia, or is it Portugal, or Brittany.

I'm awaiting Chas in a Leeds United shirt. Then I'll know all these rumours are fact!

To put the McCootie photo in context, it was tweeted by the Frome manager at the start of this month. Hopefully it was in jest, but don't the FA have some rulings on this sort of thing related to players contracted to another club?

Ah, fair enough, I am a little less irate now I have seen the date. However, when, I assume, Bunyard had an idea the Davis move was imminent, you would imagine he would be a bit more circumspect. A sharp talking to about such antics may suffice.

Been a season ticket holder for a quite a while , not that means much but just feel the whole match day experience is slowly declining theres no vibrancy about the place, before, during or after the game Even under pridham and his ever changing squad there was more bounce, oh for the days of williams and bennett.
The football lately is just dross, and the brothers grimm running the show ain't helping

ain't that the truth!

Actually, I have said that, on quite a lot of occasions, Bath City have played fantastic football under Howells/Britton/Rollo/whoever. The problem is when we panic and move away from that fantastic football. The classic period of this was the second half of our second season in the conference when we panicked and tried to play the percentages rather than the game that we had the players for.

This season, I don't know what's happened as we weren't playing consistently good football even on the unbeaten run but we had a very effective goalie and a good defence. The only players that seem to have been brought in with an idea of playing a more direct game are Chas whose not-inconsiderable potential has been found to be elsewhere and McCootie who is a genuinely effective 'holding the ball up' battering ram of a player but can't last more than 60 minutes, if that. That those two have had poor starts to the season hasn't helped at all.

All the rest of the players are small, nippy and made for balls knocked into channels from midfield - actually the sort of balls that Chas, on form, can do. However, despite flattering to deceive early on the season, Davis wasn't as good as Stearn or Watkins at chasing those balls, Nicholson has obviously had a better offer and Allen has also gone. Bowman has also been indifferent this year oddly.

Plus points so far - Phillips has been excellent and almost solely responsible for that initial winning, unbeaten run - as good a shot-stopper as Mellor but with better distribution. Nicholson was an excellent signing as a defender and someone who could deliver the ball into the box. I am a big fan of playing younger kids but it helps having someone with experience like Nicholson. I have been impressed by Williams and Barrow but worry that they may turn out to be Davises. Oh and Artus.

Indifferent points so far - most of the team aside from Pratt.