I would like to reinforce Bone Ash's comments. We welcome all views on this forum and hope people will not be shouted down just because they express what is after all their personal opinion.

We would hope that people understand that what can sometimes appear to be a lack of adequate censorship is merely an effort to keep the forum inclusive.

We do want people to feel comfortable in posting and will thus aim to ensure the forum rules are strictly adhered to.
_________________
harsh but fair 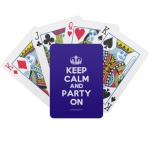 Marc Monitor wrote:I think that statements like "once the results improve" and "when results pick up, as they will" are very optimistic.

I am a glass half full sort of guy.

What's your glass half full of?

I have to say that if people are staying away from matches due to issues on the forum then you have to wonder if they were just looking for an excuse. If there is one place you can be vocal about your criticism about the management (or the players or ref for that matter) unfettered, it is the matches. I certainly have never felt any pressure not to criticise the management on here. I have certainly been a member of much more robust fora.

New people not coming in isn't as much to do with the forum, the style of play nor, probably, the results. It is to do with us playing in non-league which has traditionally lost out to the cult of "The Prem" etc and the issue that the club relies on volunteers to publicise and market it whereas someone like the rugby club has professionals to do this with bigger budgets and more media coverage. There is not much that can be done about this presently and, obviously, those volunteers are worth their wait in gold. Additionally, however, the club is recovering from a pretty dire period as far as marketing the club is concerned where the ball was dropped and it is taking a while to be picked up again.

Having said that, the management and players have to do their bit on the pitch otherwise, firstly, people will, as has been said, drift away and, secondly, new people won't be tempted to stay when they do turn up. No football supporter (as opposed to fan) is going to expect a winning team every week but games like the last three aren't going to entice them to stay.

very well said! the club has emerged from one of the most trying times in my memory, but it has had time to take stock and needs to be showing its incredible loyal and patient fans that it's moving in the right direction on and off the pitch.

re the forum, some people are never satisfied and eventually vote with their feet. but i can't believe anyone prefers the days of abuse towards players, management and other forum members which was a regular occurence on the old forum and had to be very closely monitored. the numbers may have dropped, but i think it's a place where city fans and those of other clubs can still engage in some pretty interesting debates where differing opinions are respected.

Talking of fans of other clubs does anyone know what happened to Pylonsider. He used to be on here regularly and was an occasional visitor to Twerton when not watching Cirencester. Hope he is ok.

I exchanged emails with him a couple of years ago. I suppose there's less interest in this forum when they no longer play us. Remember Señor Main at Chipp, who used to be on here all the time. Still, County Exile and Tigerballs still pop in, as does that Yeovil fan, Ashley...

Do any of our regulars still post on the Chippenham forum? I never look at it.

Obviously if we lose our first couple of games heavily there will be uproar, I'd expect nothing less. I was actually pleasantly surprised that despite the calamitous first half against Basingstoke I didn't hear anyone boo us off the pitch, same as at the end. It's happened for other games when we haven't capitulated as badly as that, especially on the back of the Concord performance.

My only issue with people having a dig at bad performances is they never seen to give credit where it's due. A defeat usually sparks more interest than a win. Why is this? You look at last season, we lost to Taunton in a Mickey Mouse cup game, and Paulton the year before in the same competition. This place went into meltdown, we were on great runs either side of those defeats but little was said, just updates from the games and the occasional comment.

If the negative comments are at least constructive I can cope with it. Might not agree, and will point out that I don't in some cases. The occasional few seem to just go into overdrive and use any excuse to criticise anything at the club. I've even joked on the coach after an away defeat "so and so will be back on the forum tonight" etc.

I'm sure we're no different to any other club though. Any team can go on a winning run playing sparkling, entertaining football, but someone will always complain that the chips were slightly undercooked.

Yes, I'm afraid it's human nature. To be fair, i suppose the forum, along with social media, is where fans can let off steam. If they couldn't, there would possibly have been more vocal criticism at the match. I prefer this sort of reaction...

stillmanjunior wrote:If the negative comments are at least constructive I can cope with it. Might not agree, and will point out that I don't in some cases. The occasional few seem to just go into overdrive and use any excuse to criticise anything at the club. I've even joked on the coach after an away defeat "so and so will be back on the forum tonight" etc.

I think it's a case of "If it ain't broke, don't fix it" when we win. I don't think this forum is too bad, certainly better than others. I try and point out the plus points when we are winning (I will always give credit to Howells/Britton when we play the great football we can) and try to constructively criticise when we don't and I think that others are good for that as well.

The thing is that the same points come up and are repeated when we aren't doing well. If Stearn doesn't start and Bowman doesn't play at all and we lose heavily, it is bound to mentioned as is a panicking return to more direct football (or a lack of possession retention in midfield). That doesn't mean that those are the reasons that we point out are the correct issues but those are the only ones we can see. IT may be that there are other issues that aren't obvious to us so we tend to hypothesise on what is seemingly obvious.

I have always found it interesting that football supporters obsess with team selection, formations and, to an extent, tactics as they are fairly easy to see on the pitch. However, even in my limited experience of being a coach, I know that tactics and formations are very illusory issues as they are constantly changing for many different reasons, even within a match. Much more permanent influences are players' technique, fitness levels (to an extent) and man-management and they aren't factors that are obvious to supporters. I am as bad with the latter one by saying how it impacts on the team or individual players but I have no idea really. I am only suggesting ideas.

Obviously, with technique and fitness levels, we are bound by being a part-time club (as was shown in the Conference) but there are still improvements that could be made. It is a bug bear of mine that players - not just at City but all the way up the leagues - are so one-footed. It doesn't take much practice and gives a player an extra dimension. I have even taught myself at my age and lack of ability and tried to get the lads in my son's team to work on it. Some did, some didn't but my son actually would happily take corners and free-kicks with his weaker foot. You will never get as strong with your weaker foot but you won't be afraid to give it a go and, as I say, it gives you an extra dimension that will surprise opponents.

Anyway, I digress and rant over.

A point about formations that is overlooked is that it is one area of the game where supporters can look to see what the players are being expected to do, and hence make as good a judgement as the manager/coach as to how well they are doing it. They might come to a different conclusion but at least it gives something tangible to hang on to.

Team selection and tactics are not so observable. You don't know the situation in the dressing room/training ground for the former and usually the opposition have something to say about the tactics.

I am not sure about whether the supporters do know. The amount of supporters I have seen saying "We are 4-4-2, no, we're not, we are 5 at the back. Hold on, is it 3? Hold on…" All it needs is for Bowman to come on but to actually be playing on the wing rather than right back or for Stearn to drift out wide to confuse everyone. I think it is more accurate to say that "one area of the game where supporters can look to see what they think the players are being expected to do, and hence make what they think is as good a judgement as the manager/coach as to how well they are doing it.