With the 2nd qualifying round of the Cup being made some time in the coming days, it's time to relaunch the world beating compo! As usual last season's winner was Hacksaw...

The idea remains the same - to predict who we will draw in each round of the Cup and Trophy. The results are based on the distance the club we actually draw is from your prediction (according to Google Maps)

The 1st qualifying ties are being played on Monday, Tuesday and Wednesday and apparently the draw will be made at midday on Friday. So please make your predictions by 1200 Friday.

If you want to choose the winners of a 2QR tie that's no problem - simply state both clubs. eg Larkhall or Bitton

The 2QR fixtures are here.... https://www.thefa.com/competitions/thefacup/fixtures

The draw should be 'regionalised' - at this stage last year we drew Swindon Supermarine. 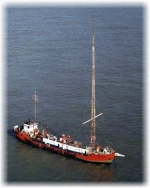 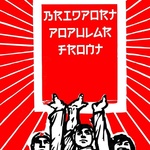 The draw takes place at 1pm on Friday.

Christchurch are playing Dorchester and Frome are playing AFC Stoneham so neither or both could go through!

Worth a try to get 2 entries! Now corrected

Thanks (and for spotting Peter’s devious plan!)
I’ve edited the deadline for predictions - now midday Friday.

Ooh, straight to the top of the table for the Comrade! This is going to be a challenge for the rest of us now!

All things considered that’s about as good as it gets.

Didn’t particularly want a local rival as they’d be so up for it. Sure there would be a reasonable crowd if it was away but they’d have the advantage.

Didn’t want another team in our league, away would have been the pits.

Ok there won’t be a crowd but you’d hope the potential prize money would be enough to keep our heads above water a bit longer. If it was away I think it’d be a tougher draw. We don’t know the surroundings and a crowd would spur them on.

Our record against lower league teams under Jerry is near faultless so hopefully we can continue it here. I know we will do the required prep.

Can’t disagree with anything there, Junior, but from the point of view of supporters I wish we’d been drawn away to Winchester simply as it would have been an opportunity to watch us in a competitive match. But with all that is going on at present who knows if the match will go ahead.....

They have played 3 and won 3 so far, so obviously to be taken seriously