Mills and Artus start. 7 on bench inc Watkins and Smith.

at every goal scoring chance or when the two were scored.

That amount BCIR was animated does still not allow for comments like cobblers after a mention of Northampton!

Was junior on a bet for cheese comments :-)

It was a comprehensive performance. Ross had the bit between his teeth and Rigg was excellent again in the middle. Jerry went for matching up with Banbury 4-4-2 and having Frankie in the middle with Rigg added a bit of grit to the side - which was needed as Banbury were pretty “agricultural” (I only counted them having three shots - none on target), but we still dispatched them where we have failed to do so in recent seasons. Got the impression Jerry had left nothing to chance.
Some nice football played, with a good cameo from Smith in the second half....he and Stearn in particular looked like them were on the same wavelength, with some intricate through balls on a couple of occasions.
When Ross scored his second, I sat my son on the wall to show Ross the new shirt he had (he has Ross’s name and number on the back)....I (and my son) didn’t though expect him to pick up my son and take him onto the pitch in the middle of the game, planting a smacker on him!). Made my son’s life - but I was terrified Ross was going to get booked! 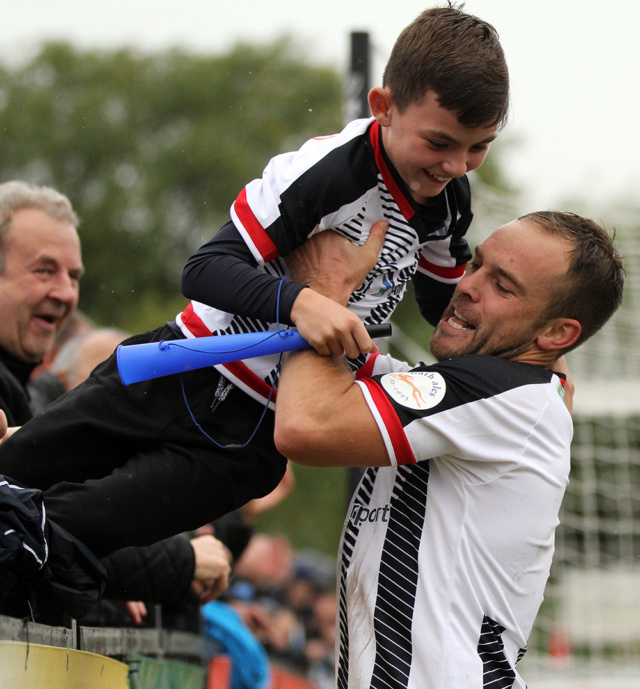 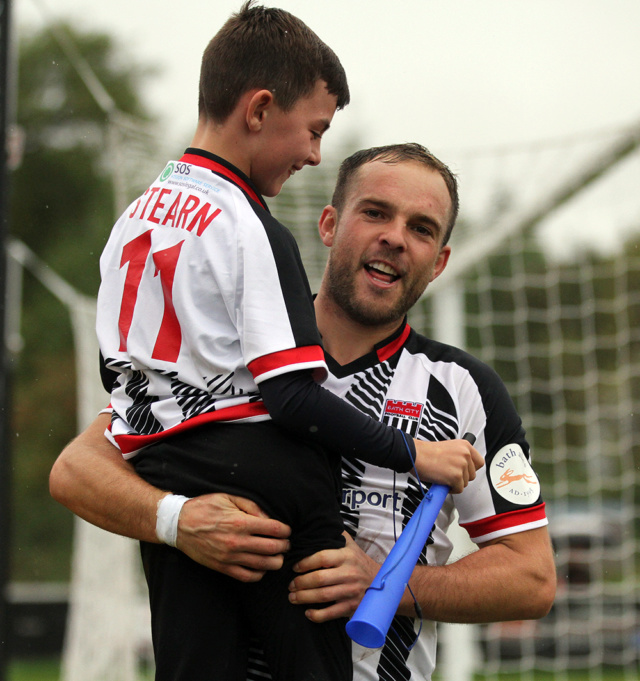 Thanks for that Yuffie....I'll show my boy in the morning....think that's getting printed and put up on his room!
Sums up why non-league is so special.

Absolutely, and why Ross Stearn is such a crowd favourite. The feeling that the players are actually part of our larger family and identify with the fans is so important. Ross is an incredible showman and wears his heart on his sleeve. No doubting how much he cares.

Must be a record for this league - 17 teams through with another potential two depending on Hungerford winning a replay against a side three levels below, and St Albans beating reinstated Corinthian-Casuals at home, who are fourth bottom in Isthmian Premier.

None of the sides have lost an away tie so far.

Watching the video of Ross Stearn's goal reminded me that there was a strange advertising hoarding at Banbury. Bollox. Any ideas?

I believe it’s a testicular cancer charity. When I watched Didcot a couple of years ago they were match sponsors, which led to a few awkward announcements.