Roman Forum :: Other Stuff :: All other football

stillmanjunior wrote:Even if we beat Colombia (who so far have only sparkled against a pitiful Poland side) I think they'll have a very tricky quarter final, whoever it is (probably Sweden), and that seems to have gone unnoticed.

What also seems to have gone unnoticed by just about everyone is that we are in the same half of the draw as Spain.

I genuinely would have been happy if we'd been in the other half of the draw. If you want to win the tournament, you have to beat the best, and being underdogs might help England. Would have been interesting how yesterday's match would have fared had the second placed team faced a route of so-called big-hitters.

Wonder what the Belgium reaction this this is?

I agree i would prefer to have played Brazil in the qtr final - it's what the world cup is about! Playing Switzerland or Sweden is about as exciting as playing Concorde.
And Croatia - modric will be our downfall if we're not very careful (if we get that far). I'm quite proud of my predictions, i said we'd score six the other night but couldn't work out how to place a bet online!! :-(

Time to resurrect the forum compo of World Cups past. Simply copy and paste the ties below and highlight your predicted winners. One point for each correct prediction.

More importantly, I've been busy trying to prove this momentum theory. Get ready for the results...

21 of the last 36 teams to lose their final group game have been knocked out in the very next round, whether it's a one-off match or another group stage. That includes seven of the last eight, the only exception was Ghana in 2010 who lost to Germany in their next round but then edged past USA before losing, controversially, to Uruguay.

Six other teams alongside Ghana were knocked out two rounds later. Croatia were three rounds later (semis) in 1998.

Seven teams have lost their final group game, but still went on to reach the final. The last to do so was Brazil, who were beaten by Norway in 1998 having already clinched the group. That year also saw a comparison to this with the England situation. Argentina and Croatia were already through in Group H, alongside England in Group G. The winners in Group H had a likely path of England, Netherlands, Brazil. Runners-up would face an arguably easier route of Romania, Germany (not at their peak) and France. France wouldn't be a walkover, obviously. Argentina won the Group, beating Croatia in the last game when Croatia needed a win. Argentina lost to Netherlands in the quarters, Croatia lost to France in semis in their first ever World Cup.

Quite interesting to research (I have it all in a document with a breakdown) particularly with the unusual second group phases in the 70s/80s and the tie-breakers before that.

Can't get it to work on my tablet so:

Well after yesterday's two crackers what a pair of duffers we were served up today! Hardly a good advertisement for European football and both looking like they wouldn't have been decided if ET had gone on for five hours. I know that people like the drama of penalty shoot outs but they are becoming the sole ambition for some teams who aren't brave enough to go for victory in ET.

Trying to think of the last England major tournament game decided in extra time. Might be as far back as Cameroon in 1990.

Surprised at how poor Croatia were.

they ought to go all out for a win if extra time is required, utilising EVERY offensive player.

The additional sub allowed in ET is an interesting move. Will we see Southgate use it to change his keeper if penalties beckon?

Jordan Pickford has saved three out of 25 penalties in senior football while Jack Butland has kept out four of the 25 he has faced (but none of the last 10) and Nick Pope, England’s third-choice goalkeeper, has the best statistics, with three saves out of 13.

If only he had included Jason Mellor in his 23...

stillmanjunior wrote:Trying to think of the last England major tournament game decided in extra time. Might be as far back as Cameroon in 1990.

Correct! We won in ET twice in 5 days (Belgium + Cameroon) And it was 20 years earlier in Mexico before that (lost 3-2 to West Germany). And I think we may have achieved the same feat in 66...

And that's it - never in the Euros - just 3 times altogether in our proud history! But teams who try to chicken out against us and go for penalties do so at their peril....

I was thinking about this yesterday, but should games that end in a draw just go straight to penalties?

I'm trying to think of an example (once I've posted this I'm sure someone will instantly post an obvious one) of one game I've watched where the extra-time has been anything other than awful. Obviously as a City fan we've got slightly more chance of winning in extra-time than in penalties, but would any one miss ET?

Given that initially only 5 players are involved in the penalty shoot-out there is a lack of incentive for the other 5 to take responsibility for the outcome. They would clearly prefer that the game is decided without them having to potentially make a mistake while going for it.

Never trust players who are not prepared to put their hand up for a penalty.

Not sure what was wrong with the golden goal. They should have made it so they took a player off every 5 minutes until someone scored.

Jon_BOA wrote:I was thinking about this yesterday, but should games that end in a draw just go straight to penalties?


As the lesser of two evils, yes. But until the penalties get out clause was introduced, matches always tended to be settled in the 120 minutes. I'm sure it gets into the players' mindset. An alternative would be to bring back replays - if teams knew they'd face another game just a couple of days later it might motivate them to press more for the winner.

What a wonderful match Belgium and Japan served up tonight. The second 45 minutes was probably the best of the tournament and for once I would have welcomed ET. A cruel way to lose but Japan must take enormous credit for their contribution. And how refreshing from both sides to concentrate on the football without the pathetic antics we saw in the earlier game. Can Belgium be inspired by what Germany did 4 years ago and send Brazil out? Here's hoping...

It was a great game and it looked like Japan lost it going for a win in the 90 mins when they should have shut up shop and waited for extra time. Maybe a reaction to criticism over the Poland game? 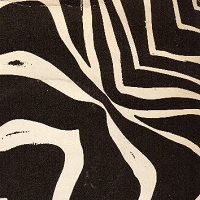 95% of this world cup and international football in general is dull dull dull.

Given that it is the biggest entertainment industry in the world I do not know how they (and most sides are guilty of this) have the cheek to play the same boring tippy tappy nonsense in their own half for most of the game. Yes teams pack their defence but as has been ably demonstrated the way to break it down is to cause havoc and that means playing will directness and pace. Not moving the team from side to side to side to side to side.....

I agree with you that some teams have been guilty of this but not that so much of the tournament has been dull. Typically Radio TeamEngland were trying to hype it up as the best WC ever until a journalist they were interviewing sensibly pointed out that tournaments should be judged in their entirety. We've had tournaments before where the whole thing fizzled out by the semis and the showpiece games were dreadful.

But while there have been a few turkeys, I think the majority of games have been entertaining and we've been treated to a few excellent ones and at least one classic.

As for international football in general I'm more inclined to agree. One of the problems I feel is the format for qualifying for tournaments. In most federations it takes up a ridiculous amount of time and travelling just to eliminate very weak nations. The whole thing becomes a grind with predictable results and friction between club and country. No wonder much of the football is dire. And don't get me started on international friendlies.

Most games I have struggled to remember who is playing as most teams play in exactly the same way, in front of the opposition. For instance you enjoyed the Uruguay v Portugal game but for me it was a game of slow slow ponderous movement enlivened by two superb Uruguayan goals.

Coaching seems to take all the individuality out of players so there have been very few players who have lit up the tournament. The only one for me has been james rodrigues. I don't get excited by clever flicks and step overs done at walking pace.

Is the pressure on the players too much?

Feel for the Japanese, so refreshing to see them play so positively and fearlessly. Vertonghen's goal brought back memories of Gethin's classic at Braintree some years back, although if i remember rightly Gethin had to run at full pelt to connect!

tovid wrote:For instance you enjoyed the Uruguay v Portugal game but for me it was a game of slow slow ponderous movement enlivened by two superb Uruguayan goals.

I have a feeling that we wouldn't enjoy a match standing side by side!

You won't be surprised to learn that I love watching Atletico Madrid and the way that they employ a rock solid defence and catch teams with their lightening breaks. Many say that they, and Uruguay, play anti football but I don't see it that way.

If 95% of this World Cup is considered dull I dread to think how the last Euros was viewed. 95% of it has been fantastic.

Roman Forum :: Other Stuff :: All other football