City have been drawn at home to Altrincham in the FA Trophy 3rd Round.

Could have been a lot worse. I'll settle for that. Repeat our performances of the last two rounds and we have a good chance. Just relieved it wasn't someone like Braintree/Dover etc.

At this stage of the competition I will take that. Agree Braintree home or away would have been awful, we just cannot deal with that type of team.

I wasn't really bothered who we got if it was at home as by now all teams will be taking it seriously so it will be a tough game.

But will TP prove to be our achilles heel again? With the exception of Thurrock, we have performed far better in away cup matches this season. Anyway, has the makings of a great day and we need all City fans to get there for this one.

And Yuffie, perhaps you can put Manchester Romans up on the Saturday night on the understanding he hosts all of us for a potential replay...

alty forum is buzzing with the news...

They beat Kiddy in the last round. We will have to perform as well as we did against Rovers. It really is time we put in a decent performance at home.

Should be a decent game, we've nothing to lose really as underdogs. Get the posters up and a big crowd in!

They don't appear to be particularly well supported. About the same as us in the conf prem. Not likely to be a big gate unless Bathonians turn up in numbers.

No Rovers game that day as Braintree are still in, hopefully we can pull in a few Gas

Palms wrote:No Rovers game that day as Braintree are still in, hopefully we can pull in a few Gas 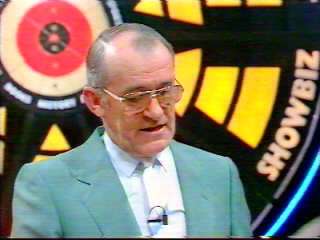 Here's what you could have won.

Well the Alty fans think it's won already. They must be favourites but I'm glad it's a home game and think our minds might be right for this competition. I'll certainly be making my second appearance at TP of the season and hoping the force is with us.

will be hard game against them as we havnt the best record against then from 79/80 to present played them 17 times at home won 4 lost 7 drawn 6 scored 19 concided 23.

Just wondering, obviously I haven't followed the club for a long time so didn't go to away games when we were in conf prem, but why does everybody dislike Braintree? Is it their fans or what?

Only Junior dislikes them. Compared with the likes of Fleetwood, Boston and Crawley, they are a a lovely club!

It's not just me!

I just didn't fancy yet another trip to the east against a big and strong side who I didn't think we'd compete against. The ground is no better or worse than what we're used to but we've had a few incidents with their officials who stopped us from filming once and so on. Believe me if you look on a Conference forum I'm not being harsh!

There was also that irritating occasion where they made us play them on a Tuesday night, when neither of us had a game the following Saturday, then they blocked the coach in with their players' cars so we didn't get away until about 10.15pm.

stillmanjunior wrote:There was also that irritating occasion where they made us play them on a Tuesday night, when neither of us had a game the following Saturday, then they blocked the coach in with their players' cars so we didn't get away until about 10.15pm.

Yes I remember that well but shouldn't BCFC have been a bit stronger about it after all don't rearranged games have to be agreed by both parties.

From what I remember, the game was initially pencilled in for the Tuesday night, but a fortnight or so earlier we were both knocked out of the FA Trophy, so each had a free Saturday. As this would bring in a bigger crowd, we requested a switch, and initially they said 'no problem'. Then they suddenly remembered that they had sponsors for the Tuesday and wouldn't possibly find others for the weekend, so wouldn't agree to the switch. My guess is they knew we wouldn't fancy a midweek game there and it'd give them an advantage (proved correct) and we lost 2-0 in front of a low crowd. Neither of us played on the free Saturday.

and thanks for starting WW3!!

Have just been on the Altrincham website, the forum bit, where they have a link to 15mins of highlights of their game v Torquay.
Certainly a team who like to pass and move rather than play hoof-ball, and up front they have a centre forward - Damian Reeves - who is very impressive. Small agile quick and not afraid to have a shot.
At the other end the keeper has his dodgy moments, and only Torquay's appalling finishing meant that they didn't win.
The lad who got sent off - second yellow for diving - was their left winger. No idea if that has him banned for our game.
We'll need to be better than Saturday and reach the standards set at Rovers; but then we all know that anyway.

turnstyle13 wrote:We'll need to be better than Saturday and reach the standards set at Rovers; but then we all know that anyway.

Blimey you're hard to please. We hardly gave Staines a sniff and could easily have scored five. We were terrific on Saturday.

But agree we will not be able to afford lapses of concentration at the back.

If you can bear the droning, biased commentary, here's the link to the highlights...

Agree with turnstyle, they look pretty good going forward but dodgy at the back. What a howler from the keeper for the Torquay goal!