So where did the 400+ City supporters come from on Saturday?
Given we can barely muster that many for a home, and I know of quite a few regulars who didn't go, who the hell are they and why don't they come more often?

Well, I guess it was 406 if you include Simon and myself.

I saw a fair few familiar faces in amongst the away end.

Hopefully all of the floating fans will be buying their 'Raider' t-shirts printed in anticipation of meeting the man himself this Sat!

The poster made by the club is great for the xmas games, hopefully it'll get out there in a few shops and pubs. We need to try and get a few more down this Saturday off the back of the Wealdstone Raider.

I think it shows the size of our supporter base when such a large number turn up for a game like Saturday's. You could say there were glory seekers who will only watch the big games, but so what. There hasn't been much to entice them down to TP for some time, but it's good that they obviously still follow our fortunes and support the club on occasions. Just like when we went to Grimsby in the cup, there seemed to be a real buzz before the game.

What annoys me is that all our best moments tend to happen away from home. I can't think of many memorable games at Twerton in the last 10 years - play off final v Woking, championship presentation v Rugby, a few of the games in the BSP perhaps - but there hasn't been a Grimsby, Rovers, Barnet, Dagenham or Stoke. I want to feel that buzz at Twerton!

I haven't, but it was some time earlier, as of course was Stoke.

As it goes, many of my regular band weren't able to make it on Saturday, we only took 4 plus one extra. It is a fact of life that people will come out of the wordwork for a match like that but don't forget that we probably have a hardcore of 500 and most of those probably would travel to such a game. It's only really Eastbourne Borough, the August games (for obvious reasons) and the Tuesday games (for some obvious reasons) that have dipped below that.

The occasion was special, cup upset possibility AND it was good value for money compared with watching what has been mostly poor quality games at Twerton Park.

From the West Stand looking around I spotted, as junior said, familiar faces in other parts of the ground so I would guess we had at least 450+ supporters there.

The game itself showed what the lads can do on their day:  slick passing football, excellent defending;  we made Rovers look very ordinary whilst we looked like one of the top Conf Prem side. Full marks to the very sporting Rovers supporters, applauding us off.

I guessed you hadn't really comrade, it was a reminder for the young uns that the away list is even longer! Incidentally it made up for experiencing a heavy defeat playing for bath city supporters club against Cardiff supporters many years ago at ninian park when Stewart Weston was running it (hats Jeff to Stewart by the way!)

There were more City fans in other parts of the mem.....family and friends of players etc.....Beau nash......

I thought 400 was a fair effort, but certainly not spectacular considering the fixture. I not sure whether anyone who watches 6 tier football can be called a glory hunter! By attending any game u are already in a tiny minority of people in the city who back their football team. I thought Britons blunt words last week were fair enough 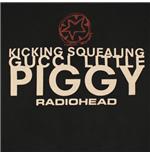 As you well know, I was referring to those who don't regularly watch us playing at this level.

Yes I know the type of fan you were referring to. My evidently poorly made point was that I wouldn't describe anyone who chooses to stand on the terrace at any of our games as a 'glory seeker' - certainly not  when we sit mid table in the 6th tier of football.