Sam Pearson starts for Watkins who is on 6 man bench (max 7 in FA Cup) with Artus and Ball.

City exit FA Cup with £3750 loser money from today so totalling some £10.5k from this seasons 'run'.

With St.Albans losing at Weymouth it means City will travel to the Herts club on 19th October for a League game.

Listening to the commentary I thought City were pretty much on the back foot from the start. Our first was against the run of play and we didn't improve after. We huffed and puffed for 60 minutes without threatening really and then got another when Rickay must have thought they had it won. All of a sudden the nerves got to them and we sniffed a chance. The non awarding of the penalty obviously determined the result in the end but it didn't sound as though we did enough overall.
By golly we need Frankie back.

Went to the game, obviously.
Overall a win for the better side who made quite a few good chances and we were grateful to Clarke for some decent saves to keep them to 3.

Mann’s opener slightly against the run of play and then left a mountain to climb 1-3 down at half time. Second half much brighter once Watkins came on ca 75 minutes in and pulled one back following a bit of pinball in the box.

Looked to have a clear penalty in stoppage time at 2-3 not given when Brunt was scythed down facing away from goal, waved away by the referee and they break and score. Would have been an underserved equaliser (if it had gone in of course!) but looked to be a pretty obvious foul.

A special mention to the faithful who travelled to support the team yesterday - our 3rd visit to Essex in five weeks and 3rd to Billericay in just nine away fixtures! It has become our second home but there's not much incentive for supporters to continually to be travelling so far to matches - fortunately after such an away biased start to the season the fixtures now start to look more conventional.

And a big thank you to John Reynolds and Bob Chester - without their generous donations to the Supporters Club yesterday's coach would not have run.

Let's hope that we get some home draws in the Trophy - only two of our last eight have been drawn at home while in the cup it's one home in six!

I've banged on about it before - unless we somehow get some experienced heads in this side, it's going to be tough to grind out results. We've got this young team that people have yearned for but we're experiencing the pitfalls - I feel some are playing with fear and when things go against them, it's damaging us.

If you class yesterday as a league match, that's 14 points lost from winning positions, and we've just entered October. It's not like us. When we were 1-0 up Billericay knew exactly how to play it. They had time on their side and didn't need to panic. Ronnie Henry was immense. Once they were 2-1 up we were never going to recover. They stuck nine past Whitehawk in this round last year. Had Clarke, our most experienced player, not kept the score down, it could have been a similar outcome to a certain infamous cup tie in Essex in 2014. As good a keeper Southwood was, one of the best I've seen, if he was playing now his confidence would be shot.

When he was about we had the likes of Amankwaah, Rigg, Straker, Matt Richards, Compton etc. They didn't all play regularly, but they had that feeling of reliability about them when they played. Even if they weren't at their best, there was a sense of if you gave them the ball, they'd be calm with it, help the others relax and if we did throw away the lead, they'd know how to get them to re-focus. The only player we have now like that is Artus, who we desperately miss. Our other older players, Watkins, Stearn and Mann, have barely played higher than this level, think Stearn maybe has 40-50 apps in the league above.

The players we have now seem decent technically, and we're fortunate Brunt is on a rich vein of form up front, but mentally they seem fragile. I normally think the SPC is a waste of time and we should never risk players, but I'd keep some in from Saturday. Could backfire if we lose, though. Give Simpson 90, hopefully Ball and Artus can have a brief run-out.

The injuries haven't helped, but we've had times like that before and managed. The players are giving their all but unless we find a way of re-finding that solidity from last year, it'll be difficult to turn this around immediately. Last season we scored one or fewer 25 times in the league, but we only lost 11 of those games. At the moment I can't see us grinding out as many 1-0s this time out.

Certainly agree about experience. I think we need an experienced centre back who can organise and lead, a right back to release Raynes to play in midfield and a striker. Plus we need Artus back.
At this stage of the season I don't hold up much hope of these sort of players being available and within our budget, which is the other important point.
We have not had any luck lately but some changes are needed and if there are players surplus to requirements JG will need to move them on, which again will not be easy if they are on contract.

SteveS wrote:I think we need an experienced centre back who can organise and lead

SteveS wrote:I think we need an experienced centre back who can organise and lead

Preferably a centre back who is fit more often than Dan Ball. 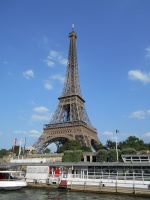 Point taken, but let's give him this chance - what have we got to lose, based on recent performances - and he was groomed to be team captain not so many years ago! And bring Ashley Harper back from loan duties at Larkhall - he was the first to be signed on as a right back, but has not been given the chance to prove himself - if successful then Joe can show us what he is made of in midfield.

Harper’s been back for a few weeks, picked up an injury at Larkhall. Ditto Ollis with Yate.