Bath City recorded an emphatic victory over fellow National League South mid-table outfit Hemel Hempstead Town.  The Hertfordshire side were reduced to ten men midway through the first half when Arnaud Mendy was dismissed for bringing down Marvin Morgan in the penalty area, but the visitors were already in arrears ahead of this setback.

Hemel Hempstead started the match in lively fashion and the majority of the opening exchanges were played out inside the City half.  Home keeper Max O’Leary was almost punished for a poor clearance in the 5th minute that fell to Jordan Parkes, but the midfielder’s long range effort was repelled by Chas Hemmings’ boot.

The balance of the game changed on 8 minutes when some determined play by Nick McCootie was rewarded with a free kick 30 yards from goal.  Axel Andresson stepped forward to plant a delightful shot into the top corner of the net, giving Hemel custodian Jamie Butler no chance whatsoever.

With the Tudors now on the back foot, the hosts began to dominate proceedings and the lead was doubled in the 20th minute.  Morgan burst through on goal and, with Mendy persistently tugging at his shirt, the striker eventually went down in the box.  The referee, Mr. Gary Parsons, pointed to the spot and showed Mendy an inevitable red card.  Andresson took his time to compose himself, and duly sent Butler the wrong way from 12 yards, celebrating in characteristically exuberant style in front of the home supporters.

Hemel sought an immediate response, but Ben Greenhalgh’s dipping shot from 25 yards was narrowly over O’Leary’s crossbar. The home goalkeeper was then called upon to make a smart save at Charlie Sheringham’s feet when the forward was first to react to a low cross from the left.

The numerical disadvantage was beginning to take its toll on the visitors and there was a narrow escape on 27 minutes, when George Rigg forced the ball into the path of McCootie, whose angled shot was just wide of the far post.

O’Leary made another useful save to keep out Jake Robinson’s firm drive on the half hour mark, but City went further in front a minute later.  Morgan found McCootie inside the box, and his cross-shot was lifted high into the net by the onrushing Shawn McCoulsky at the far post.

The hosts hammered another nail in the Hemel Hempstead coffin five minutes before the break, when Andy Watkins delivered an inch perfect ball into the box from in front of the dugouts, and McCootie timed his run perfectly to loop a header over the stranded Butler.

As the half closed, Greenhalgh shot wide from 20 yards, and Robinson’s rising drive flew over O’Leary’s crossbar.

The second period saw Town push forward in search of consolation and pride, but it was not long before City were posing further danger up front.  Frankie Artus won the ball deep inside away territory in the 51st minute and released McCoulsky on goal, but his shot was too close to Butler.  At the other end, Sheringham found space in the Bath box, but O’Leary came out swiftly to smother at his feet.

McCoulsky had another clear sight of goal on 56 minutes but, again, his effort was saved by Butler.  McCootie turned adeptly inside the area before firing wastefully over the bar, but the lead was stretched further after 58 minutes.  Once again it was Artus who fed McCoulsky and, this time, the youngster made no mistake as he found the corner of the net beyond the advancing goalkeeper.

Andresson was replaced by Naby Diallo, and Shaquille Hunter came on for Morgan as Gary Owers sought to rest legs for Tuesday evening.

Whilst the home side were in almost complete control by this stage, Hemel still pushed forward when possible, and Sheringham dragged a 64th minute shot wide of the far post after neatly bringing the ball down in the City box.

Josh Hutchinson was introduced at the expense of McCoulsky on 70 minutes, and McCootie then weaved his way towards goal, only for his shot to be blocked on the goal-line through a combination of keeper and defender.

O’Leary needed to remain alert to push Parkes free kick from 25 yards over his crossbar with seven minutes left on the clock, but the home side had an excellent chance in the 87th minute.  Rigg’s cross from the right picked out Watkins at the far post and, when the wideman’s effort was parried by Butler, McCootie smashed the loose ball over the bar with the goal at his mercy.

As the game entered stoppage time, O’Leary’s clean sheet was almost ruined when Parkes’ free kick from outside the box clattered against the near post with the keeper static.  The final word, however, belonged to City as Hutchinson slipped the ball through to Hunter, who stabbed home under Butler’s body to complete the rout.

This was an emphatic and fully deserved victory for the Somerset side, who played some excellent football at times, and the final scoreline could easily have been considerably higher.  In fairness to Hemel Hempstead, despite their adversity, they continued to attack as often as they could but, in the end, they looked dejected and well beaten.  City will take great heart and confidence from this performance as they face a difficult assignment against local rivals Weston-super-Mare on Tuesday evening at Woodspring Park (weather permitting!).

One of the more pleasurable assignments for you KK. Shame it wasn't witnessed by a larger crowd.

True. Hemel brought a fair number and the WATG initiative looked to be well supported. Left over cake from the event was handed out to those in the stand and it was amusing to see a whole row of fans scoffing it as one of the goals went in.

I really enjoyed listening to it on Bath City Radio and cant wait to watch this goal fest on Romans on Demand. 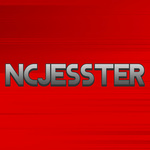 My impression was that Hemel gave up after the player was sent off. Earlier in the season having a player sent off had the direct opposite effect on Oxford. Interesting example of the psychology of a team.

Both Shaq and Josh looked extremely ring rusty and could do with some time on the park.

I recall an evening match against them at home a couple of seasons ago. They were down to 8 men in the end. Thing was that as they reduced in number the more they outplayed us. We just about hung on to a 1-0 win courtesy of a penalty.

The last sending off in that match was priceless. Someone rugby tackled Frankie Artus(?) as he was about to score, with seconds left.

Brought on Ross Stearn for the resulting free-kick, it hit the wall and that was it.

As mentioned a few comments up earlier in the season we were petrified of both having an opposing player sent off and gaining a penalty. It looks as if things are coming together on that front!

George Rigg... what a unsung star!

Agree George puts in a shift every game without catching the eye. Mr dependable.